_reading is a political act

Reading is a political act, and while our society is working against the creation of an educational system which can empower people of all kinds and origins, reading remains an act of freedom, or at least an attempt to liberate ourselves from constructed and instrumental ignorance, decide what’s ethical and what’s not, reject pre-conceived ideas of what’s “true” and “right.”

After Dive Dark Dream Slow, Melissa Catanese’s book Voyagers, published by The Ice Plant in 2018, works with a very simple concept. The book features a collection of found photographs showing “people lost in that liminal space between this world and a fictional one,” as The Paris Review describes it in their online section titled “Look.” Voyagers is a contemporary book, which speaks to today’s audience, not only for the well-directed editing, or the refined selection of images from Peter J. Cohen’s Collection, but also for its considerations on the power that manifests through reading and reading practices.

Catanese’s book depicts the reader in a contemplative moment of non-production: a moment to let the imagination roam free and allow the mind to wander into unknown territory, to discover something new and fulfilling, or to completely unplug from this world.

Observing the world more or less closely is, by definition, part of the photographic practice. Some photographers study a world very distant from their own reality, and some others have a fascination for a nearby and familiar one, as close as the backyard.

Taken From Memory is the result of a project that Sheron Rupp conducted for over 25 years. She portrayed rural areas and small towns of the United States, recalling a summer trip in Arkansas she and her father and sister took in the late 1940s. In the introduction to the book, published by Kehrer Verlag in 2018, she wrote: “I remember that Arkansas summer as a poem wrought true. It resonated with what I chose to photograph years later and made me wonder why I felt “at home” with some of the folks in my pictures. […] Photographing these rural, mostly unknown places added meaning to my own life; nothing was lost. To me, these photographs have added affirmation or, at best, description, to the lives of people who are so hidden from the larger world.”

Publishing this book today is an important act of exposing the presence and lives of invisible people. It asserts that photography can incorporate tenderness in portraying the other as ourselves. For Rupp, the subjects are the other, herself and her family at the same time. The photographs are beautifully conceived and have a positive glow, a sense of optimism, not easy to find in today’s documentary photography. While her subjects vary in age, the book is inhabited by playful kids, free and embodied in the landscape, not distracted by the high-speed of urban life.

Between 1986 and 1994, Jo Ann Walters conceived the project Vanity + Consolation, portraying a lesser-known area of the United States. The photographer planned to publish this body of work in book form for a very long time, finalizing it only in 2018, with the collaboration of writer Emma Kemp, and the support of ITI Press. The book consists of two parts: Wood River Blue Pool, with Walters’ photographs, accompanied by an essay by scholar Laura Wexler; and Blue Pool Cecelia, a text by Emma Kemp in reaction to Walters’ photographs and the history of women living along the margins of the Mississippi River.

With her sharp eye, Walters wants to report untold stories of women she knows or gets to know in her photographic research around the Mississippi River, and in particular, near to her hometown Alton, Illinois. Emma Kemp’s voice in Blue Pool Cecelia tells us more about these hidden stories and prepares us to several possible readings and interpretations of Walters’ photographs. Sometimes her subjects are portrayed in movement, other times motionless in front of the camera. No matter how they appear, their bodies are always present and they are essential to the story we see and read. They’re finally visible.

“Seeing,” says Judith Joy Ross, “is for me like making pictures or poems,” reminding us that photography is, first of all, an act of observation, a very important tool to expose the invisible, but also to present certain issues and make political statements, as well.

From Voyagers to Taken From Memory and then Wood River Blue Pool, we observe very different approaches to the construction of a book and its politics. At the same time, these three books show that it’s possible to narrate simple stories, nearby realities, without the need to capture something remote or allegedly extraordinary.

Being able to read these images gives us a tool against oppression, it improves our awareness and self-definition. This is all the more important today, as we are increasingly exposed to manipulation of information and images, abuse of power, the instrumentalization of ignorance.

Spending time with these books and reading them teaches us not only about photography and the various possibilities of bookmaking and editing, but also spurs questions on our current cultural, political and social situation. The practice of reading books and images needs to be cultivated, today like never before. 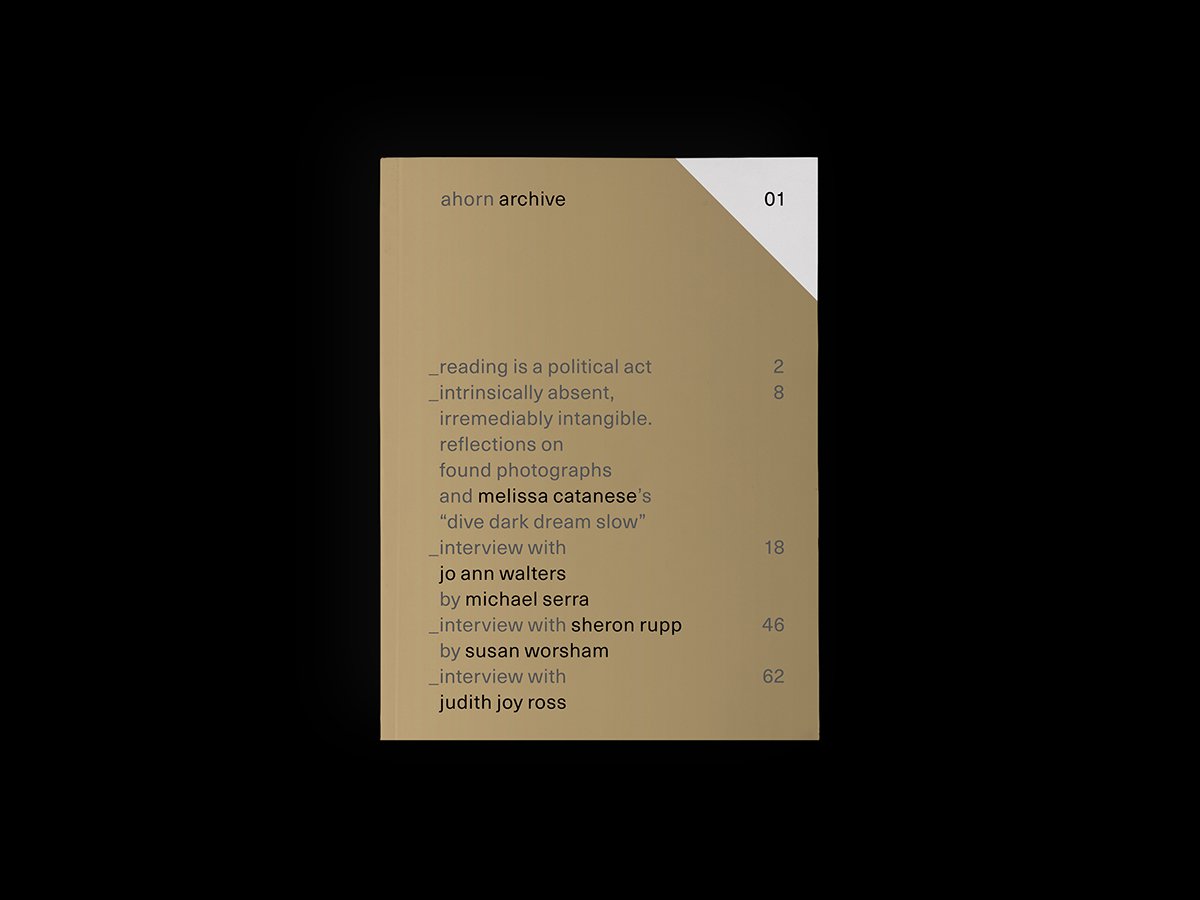